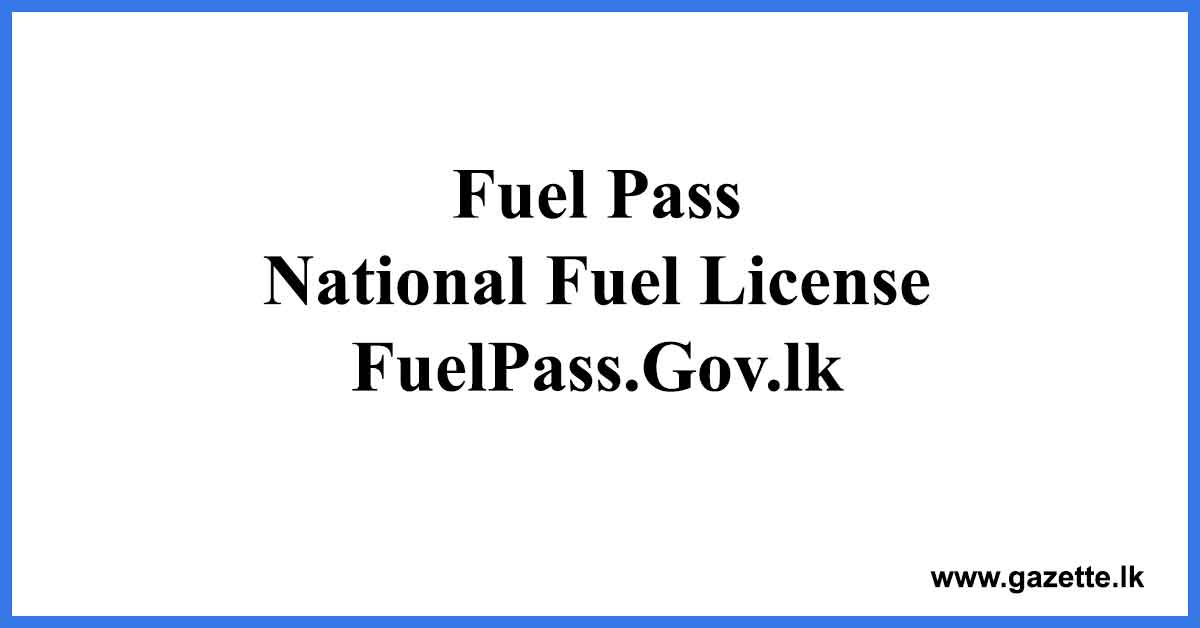 Referring to a Twitter message, he said that two million drivers have registered to get the Fuel Pass service by 4.00 pm today. He says that it is possible to register in the coming days as well.

The Minister’s Twitter message also states that a pilot project to test the fuel license system will be implemented at several selected locations in Colombo from next Monday.