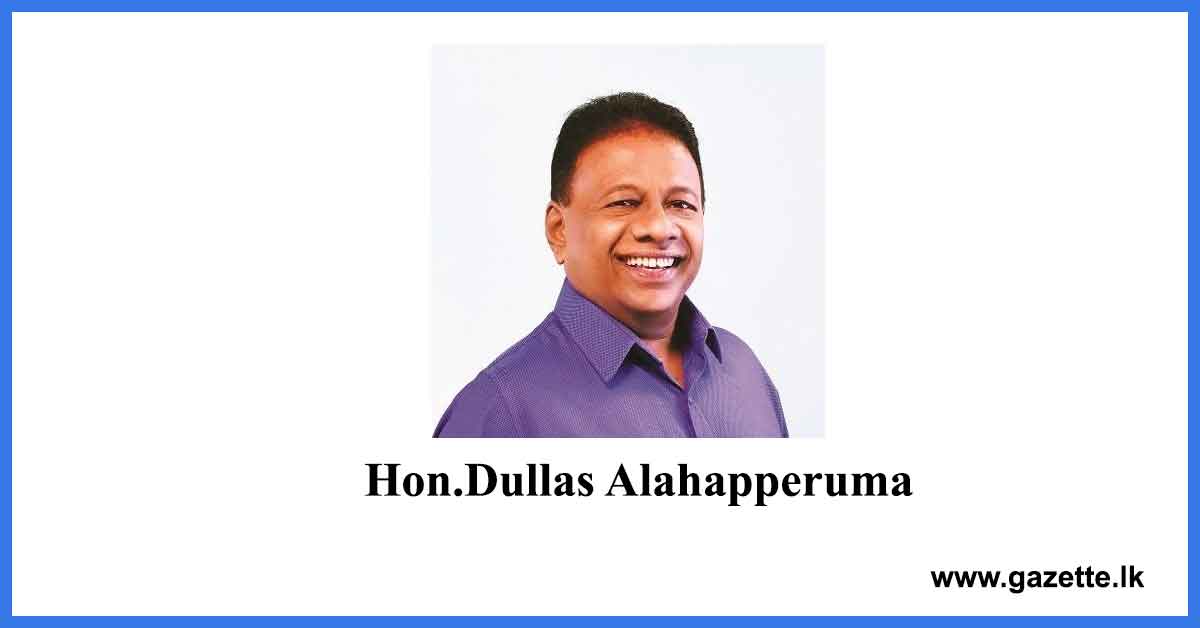 Presidential candidate Dullas Dhamma Kumara Alahapperuma was born in Dikwella, Matara on 14 May 1959. His age is now 63. A political activist and journalist since his university days, Dallas became a politician during the Chandrika Kumaratunga government.
Both of Dallas’ parents were principals of local schools. Father Carolis Alahapperuma and mother Aslin Alahapperuma.

He later pursued a degree at Ruhuna University and distinguished himself as a student activist from his university days.

After working with him in the revolutionary art association of the university, Dallas got married to Pradeepa Dharmadasa, a popular singer and stage actress.

They have two children Mahima and Kaushik.

From his university days in Dallas, he distinguished himself as a writer in newspapers that expressed revolutionary ideas. He joined alternative newspapers such as Yuktiya and Hiru.

Sri Lanka as a new force came in 1994 and Dallas supported Chandrika Kumaratunga in overthrowing the UNP government of 17 years. However, later he was disillusioned with the SLFP coalition government and stayed away from politics for some time. At that time, he had announced that he would take American citizenship and retire from politics.

For about a year and a half, Dallas studied a post-graduate degree in political science at the University of Iowa in the United States, but he did not complete the degree.

He is re-entering the political arena as a member of the Matara District in the Parliament of Sri Lanka.

He has experience in many ministerial posts. The last former Minister of Information and Mass Media, Dallas Alahapperuma, announced today as a candidate for the July 2022 presidential election.